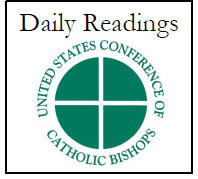 The Parish was established in 1910 and placed under the patronage of St. Barnabas with the Reverend Michael Reilly as the first Pastor.  The Parish included what is known as the Woodlawn section of the Bronx and McLean Heights/Yonkers entity, the Church and Rectory were erected on the actual line separating the two cities.

Under Monsignor Reilly’s leadership, a church of Roman architecture was completed by 1911.  Before his death in 1947, he had built a Rectory and an Elementary School as well as a High School.  He was truly a Founding Father.  The Church in New York owes a debt of gratitude to his vision.  St. Barnabas was to become one of the largest parishes in the Archdiocese.

Monsignor George McWeeney was appointed the second Pastor and served until 1965. Under his leadership, a new High School building and Chapel were erected.

The third Pastor was Monsignor John J. Considine who served until his retirement in 1986.  His twenty-one years as Pastor saw a phenomenal growth in the Parish.  At one time as many as 22 Masses were offered on a Sunday to accommodate the congregation.  The Parish Elementary School numbered over 1500 children and the high school numbered 800 students.

The fourth Pastor was Monsignor Timothy S. Collins who served until 1994 when he was appointed Pastor of Our Lady of the Rosary (The Mother Seton Shrine), in Manhattan.  During his eight years tenure, Monsignor supervised the remodeling of the Rectory, Parish Center and High School Chapel.  For his remarkable leadership, the Parish is forever grateful.

The fifth Pastor Monsignor Francis X. Toner was appointed in 1994 until his death in 2003. Msgr. Toner re-organized the parish's services to accommodate the changing demographics of the parish.  He brought a wonderful sense of humor into parish life.

Monsignor Edward M. Barry, was appointed in 2004. On the occasion of the parish's 100th anniversary Msgr. Barry conducted a fund raiser for the complete renovation of the church, as well as installing an elevator.  In addition to his duties as Pastor, he serves as the Regional Vicar for the North East Bronx Vicariate.